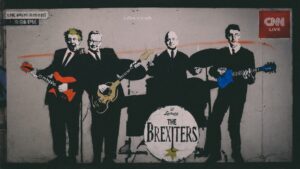 Government, like music that we usually access using Spotify promotion, has its roots in strife and harmony by its very nature. The interaction between the physical and the cerebral, which results in a compromise that creates a harmonious whole, is the essence of music. The political process, which seeks to find consensual solutions to societal problems by encouraging open dialogue, is likewise centered on compromise. Both have successfully used the other to push their ideas and aim to inspire their audiences. We want to urge you all to cast your ballots today, but we also thought it would be a good opportunity to look at how music and politics have become weirdly intertwined.

Since ancient times, there has been a tie between politics and music, sometimes happily and other times not so much. Songs that celebrate national accomplishments have a long history, reaching all the way back to ancient Egypt.

Music has traditionally been utilized as a means of interaction to communicate viewpoints on current events. The first caveman foursome undoubtedly composed a caustic song about Ogg’s lack of initiative during the “Firegate” fiasco. There are many songs, primarily jingles, that support specific people and causes, yet it appears We’ll concentrate on some of the more contemporary songs that have influenced the musical political atmosphere rather than turning this into a history lecture.

Music for the polls

To encourage teenage voter registration in America, a brand-new, non-partisan non-profit organization called Rock The Vote was established in 1990. With their first public service announcement (PSA) showing Madonna in nothing but her underwear and the American flag, their marketing slick combination of big name band and artist endorsements and political activity worked effectively right out of the gate.